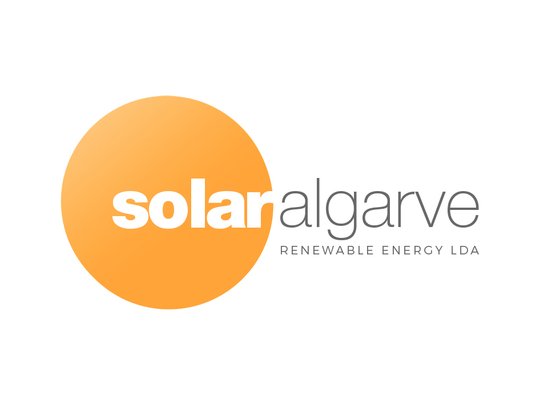 There are 3 different options in Portugal for residential solar systems:

See below for information on each option and what possibilities they offer. 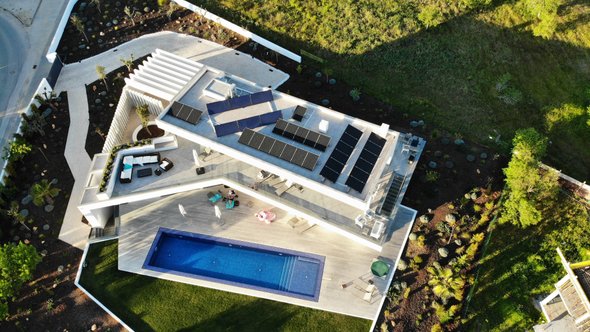 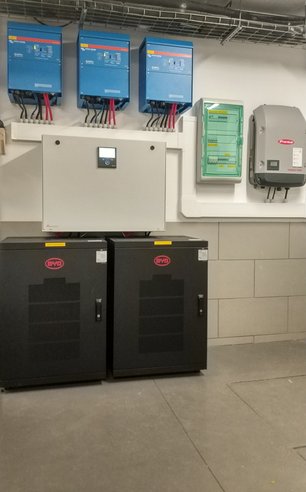 SOLAR ON GRID WITH LITHIUM BATTERIES

An Energy Storage System (ESS) is a specific type of power system that integrates a power grid connection with a Victron Inverter/Charger, GX device and battery system. It stores solar energy into your battery during the day, for use later on when the sun stops shining. These battery systems also give you energy security. We can design these systems to work as an off grid system with EDP as a back up. More and more people want to be independent from energy suppliers and therefore choose a solar system with lithium batteres.

It allows for time shifting power, charging from solar, providing grid support, and exporting power back to the grid.

When an ESS system is able to produce more power than it can use and store, it can sell the surplus to the grid; and when it has insufficient energy or power, it automatically buys it from from the grid.

In an ESS system, there must at least be one inverter/charger and also a GX device:

When is it appropriate to use ESS?

Use ESS in a self-consumption system; a backup system with solar, or a mixture of both: For example you can use 30% of the battery capacity for self-consumption, and keep the other 70% available as a backup in the event of utility grid failure.

When there is more PV power than is required to run loads, the excess PV energy is stored in the battery. That stored energy is then used to power the loads at times when there is a shortage of PV power.

ESS can also be configured to keep the batteries fully charged. Utility grid failure is then the only time battery power is used - as a backup. Once the grid is restored, the batteries will be recharged either from the grid or from solar panels - when available. 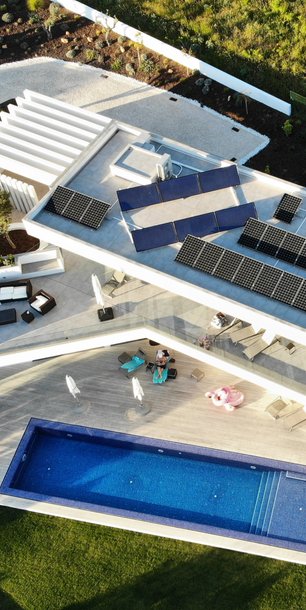 SELF CONSUMPTION ON GRID

Solar Algarve offers self consumption solar systems that are connected to the grid. We use high quality solar panels and inverters. Any energy that your solar system produces will go first into your home to power any devices that happen to be running – thus reducing the amount of energy you have to purchase (‘import’) from your electricity retailer. If your solar system produces more energy than your household can consume at a given moment (e.g. if you’re not home), the excess solar is automatically sent back into the grid. This ‘exported’ solar energy is what earns you low feed-in rates. With our RED heatpump we can program the system not to inject the surplus energy into the grid but heat the pool or heat up an additional storage tank for example.

Getting the most out of your solar through self-consumption

Your goal, therefore, is to try to use as much solar energy as possible in your home, powering your devices. There are two dovetailed approaches that you can take to achieve this goal:

If we represent it visually, solar self-consumption looks something like the graphs below. The blue areas represent household electricity consumption, while the red areas represent solar system energy production (in this case, a 3kW and a 5kW solar system). The red areas above the blue lines represent solar exported to the grid, while the blue on its own is energy being purchased/imported form the grid. The overlapping red/blue area is where the solar energy meets your homes energy demand. 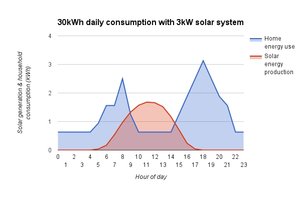 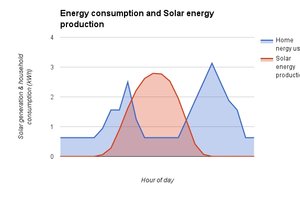 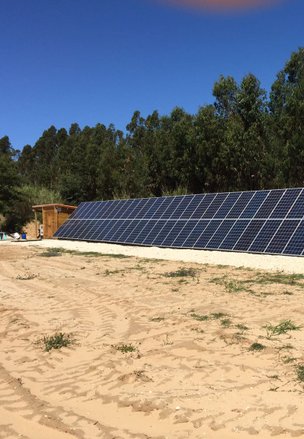 SOLAR OFF GRID WITH LITHIUM BATTERIES

We are hearing more and more from clients who no longer want to be connected to the grid at all. They like to be self sufficient and therefore want to have a PV battery system. We design all the systems ourselves so we can adjust the system to your needs. We use mainly Victron Energy products in combination with BYD batteries. However, we can offer other brands as well if desired.

All solar power systems work on the same basic principles. Solar panels first convert solar energy or sunlight into DC power using what is known as the photovoltaic (PV) effect. The DC power can then be stored in a battery or converted by a solar inverter into AC power which can be used to run home appliances.

An off-grid system is not connected to the electricity grid and therefore requires battery storage. An off-grid solar system must be designed appropriately so that it will generate enough power throughout the year and have enough battery capacity to meet the homes requirements, even in the depths of winter when there is less sunlight.

There are different types of off-grid systems. This description is for an AC coupled system, in a DC coupled system power is first sent to the battery bank, then sent to your appliances.